At Vidya Mandir, we don’t just want to focus on coaching the children that seek our help in education.  ‘Help’ here at Vidya Mandir is not merely academic assistance but a lot more than that. We prefer to pick on the roles of counsellors and mentors that don’t just help them improve their academic performances, but also help them become better human beings and understand the small nuances that help an individual make it or break it in life.

Let’s break down the process simply. In most other coaching classes, there are just lectures or classes with a couple of calls for coordination or clearing of doubts. At Vidya Mandir, we follow a different culture altogether. We have the basic classes and lectures where we encourage student to student, and student to teacher interaction. We also incorporate emails and phone calls in our communication to share feedback, have one on one sessions with students that need extra attention, have dedicated social media platforms and blogs to address common doubts and issues and share valuable tips, and most importantly – Share a personal connect outside the classroom. 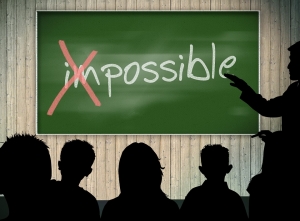 The teachers at Vidya Mandir take extra initiatives to talk to the student’s about life beyond studies, and are there to guide them in matters both academic and personal. They form a personal bond with the students by winning their trust so that they can come to them whenever something is bothering them and can help them tackle problems and guide them to the right path in life, shaping their character as time goes by.

In the early stages of life, a student has numerous dilemmas and obstacles that society expects you to tackle by yourself or with the support of your family, not realising that it is this age when children can’t be completely open to their parents, be it matters of studies or personal issues like bad habits, company, etc. We understand that, and aim to extend a helping hand to guide them onto the right path so that they go on to become individuals of substance that are not only learned, but well educated too and share a set of values.

At Vidya Mandir, the words ‘TIME MANAGEMENT’ are more than just a jargon expected to solve all your problems. It is in fact a skill that we look to impart in our students, via the various teaching methods and programs conducted so that they learn to balance their academics and manage time well enough to fit in all that’s necessary, without leaving anything neglected. Most importantly, we teach them effective time management keeping in mind that this is a skill required for life.

This is why time management is important, not just for school, but for life too-

People often underestimate the importance of time management, especially at the school level which is the very base of a person’s identity and if learnt at the right time, will stay with you for life and make it comfortable. We understand the importance of this, and make sure our teachers inculcate this habit into our students’ lives.

At Vidya Mandir we use the most lethal weapon that the educational arsenal consists of – Tests. But there is a lot more to it than what meets the eye. We do not believe in conducting tests just for the sake of judging how much our students have learnt. We believe in doing things differently. Read on to know what we mean.

The tests we conduct are not meant to differentiate the smart students from the weak students or as a means for some students to show off, and brag about marks. We use our tests as a tool to accurately show where our students stand in terms of preparation and understanding of the subject matter.  The idea behind the tests is not to rule out answers based on right and wrong. We don’t believe in “right” or “wrong” answers.

Our tests show us how much our students have understood a topic. Instead of concentrating on how much has a student scored, we concentrate on the student finding out WHY he went wrong. This way he/she understands his roadblocks, and learns how to solve them. We believe that simply telling them they’re wrong won’t serve any purpose, and will only scare the student away.

At Vidya Mandir, every class starts with quick fire verbal tests that increase the tempo and energy of the class, and this way we make sure that the students have remembered and absorbed what was taught in the previous lesson. As a student we believe you don’t need to go home and study a lot, as long as you’re on your toes in our class you’ll be on top of your game throughout the school year!

Once the corrected answer sheets are handed back to the students, there is an open discussion as well as an individual discussion of the papers to see where each student went wrong. Problems are approached on an individual level. The open discussions address common doubts where questions are encouraged and students can learn through each other’s weak points too.

Here, we encourage our students to learn with examples rather than just mugging up the theory. When they leave our doors, they know a concept through and through well enough to explain it to anyone simply using apt examples from things around him. Once you know the concepts well, the battle is as good as won!