They say that ‘Failure is a stepping stone to success’ and you’ve probably heard a lot more motivational stuff out there talking about how failing isn’t the end, but merely a means to get to the finish line. Well, that stuff isn’t just motivational mumbo jumbo but in fact a tried and tested method to scale new heights and excel in whatever you put your heart and mind to! The reason they say ‘Fall down 7 times, get up 8’, is that the first 7 times while you may not have succeeded, you learnt a valuable lesson in success and what it means to NOT GIVE UP and do what it takes to get to your goal.

This is the ideology we at Vidya Mandir follow too, making sure that our students learn to accept failure, and learn from it. As we have told you previously, we do not take tests to see if someone passed or failed, we take these tests so that children understand how much they have imbibed, and most importantly, they realise where they went wrong. We encourage students to look into their mistakes, and make sure they question us, and themselves, and learn how to go about it the right way next time around.

Not everyone succeeds initially, but you’re crossing out the ways to fail one by one until success is the only option left. They say you can’t defeat someone who never stops trying – That’s a lesson that failure aims to teach you, and teaches you better than any book or teacher ever can. You learn through your experiences and grow through what you go through. 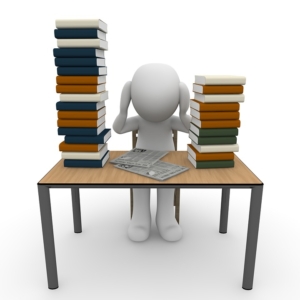 People who embrace their failure are the ones who go on to do great things. They’re open to learning new things and improving themselves, and aren’t afraid to fall in the process. You think when Einstein was working on his theories he got them right in the first go? Of course not! But that never stopped him from pushing towards the answer and ultimately, creating history.

You may not have theories to work on, but in life there’s just one theory to achieving success – embracing your failures and learning from them. That’s the best way forward, no matter what you strive to achieve!